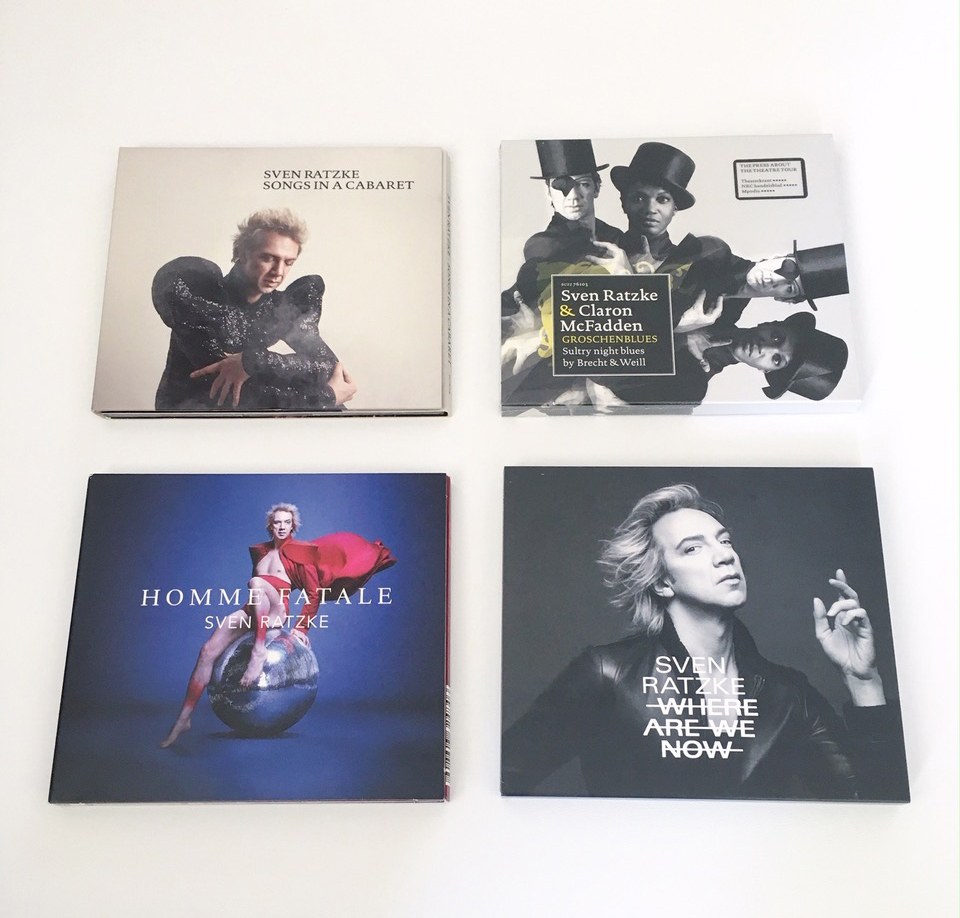 For these hard and strange times we decided to make it possible to order our albums again.It’s a great way to support us and and to enjoy our music again.

(No extra shipping costs in Europe !)

How to order?Very simpel: send an email to: info@sven-ratzke.de (in dutch, English or German)with your order and mailing address and we will send you the albums.

The following CD/Vinyl is available

GROSCHENBLUES (with all the songs from the acclaimed show with opera singer Claron McFadden, diving in to the world of Kurt Weill and Bertold Brecht. 18 tracks) CD

WHERE ARE WE NOW (the latest album with all the beautiful songs by Bowie. Including 3 bonus tracks. This show and album got also rave reviews. 16 tracks) CD/LP