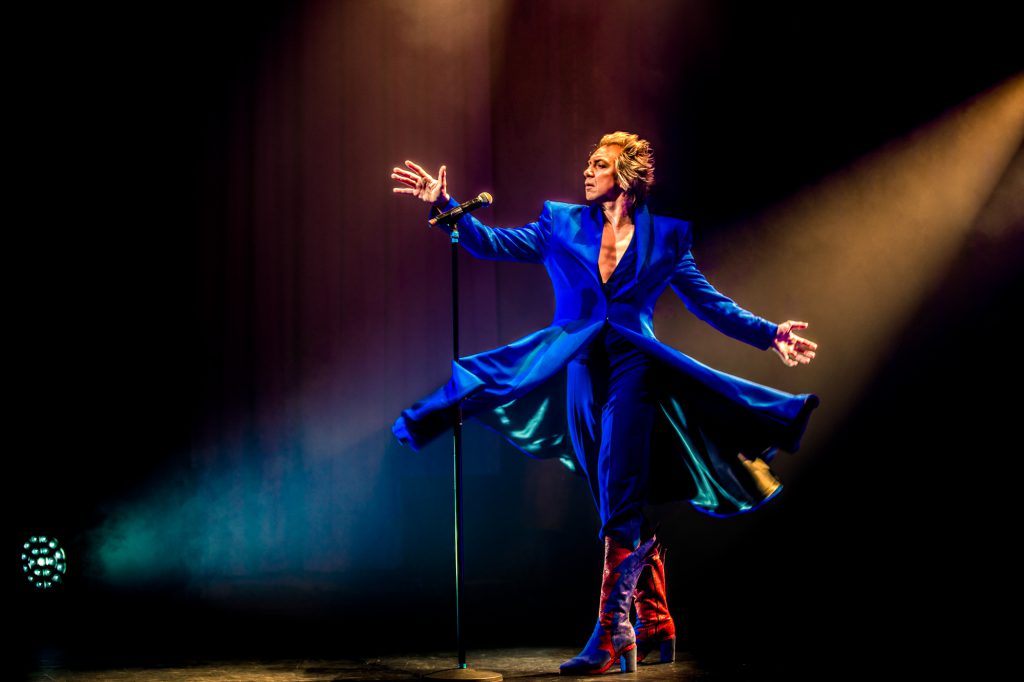 What a premiere! What a night! Ratzke’s new show Where Are We Now had a triumph opening night in Berlin. Standing ovations and rave reviews. “I’m so happy that the show touches people so much” says Sven. “All the hard work we put in to it, all the love. The audience really dig the show and I’m so fulfilled that we can share this all with everyone. It makes a really happy person”. Ratzke continues his tour now and brings his show to London, New York and from February he will be on tour again in Germany and Holland. Read here some of the quotes from the fabulous reviews that the show got in Germany.

Ratzke is an entertainer and singer with a huge gift, who puts his audiences under a spell. This evening is a perfect dream!. Die Welt *****

You can hear Bowie in the highs and low of Ratzke’s voice, mournful and tender. He makes the songs his own and maintains their integrity.Ratzke rises with full fervor and conviction in his role embodying the style-defining century singer as almost divine figure, a protector watching over everything, David Bowie comes alive again. Info radio /ARD *****

The German-Dutch entertainer Sven Ratzke is not just an incarnation of Bowie. He is a showman of a very special caliber. In his crazy stories one  gladly loses oneself. He also knows,  just like David Bowie, how to play with his androgyny.A very moving and exciting evening. Berliner Morgenpost *****

Ratzke reaffirms his status as a phenomenal, versatile singer, conférencier and allround artist. An universal artwork, which was celebrated in Berlin with standing ovations. Tagesspiegel *****

Reviews for the new album Where Are We Now