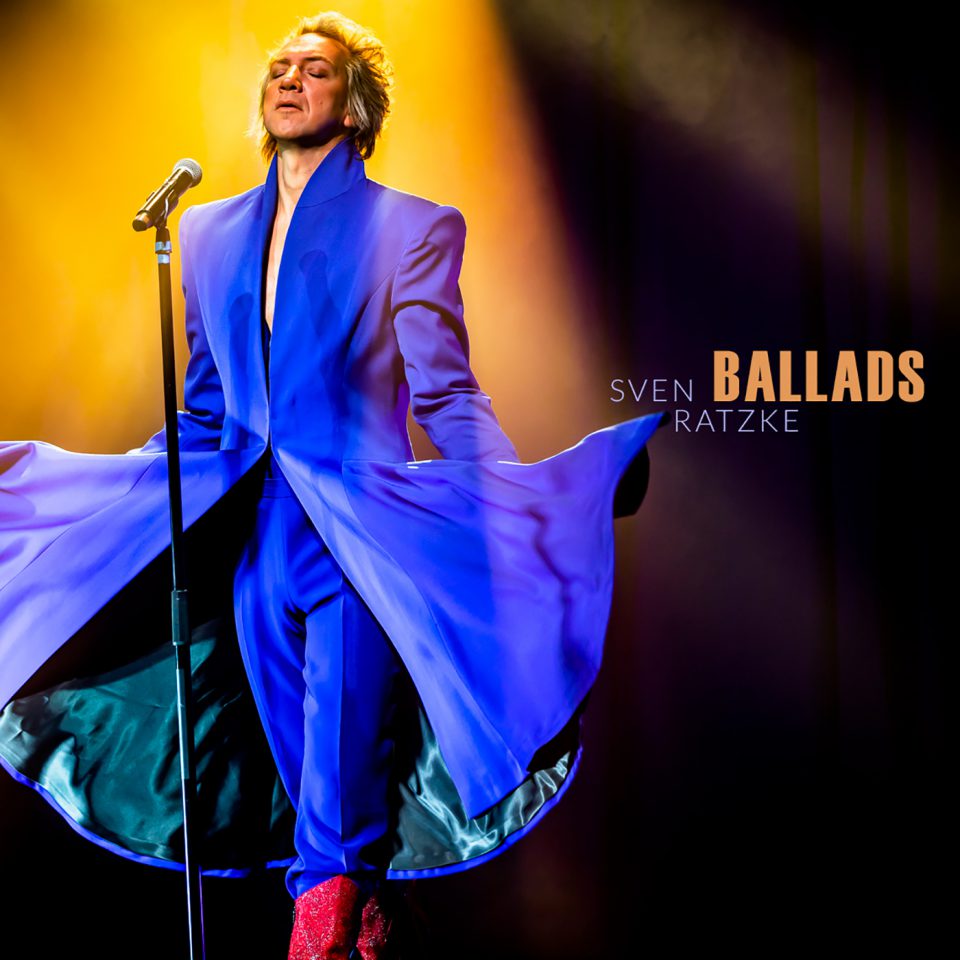 Dutch cabaret star Sven Ratzke released a special collection of his favourite ballads on this compilation album. Songs by David Bowie, Hildegard Knef, Ramses Shaffy or even a German translation of Joy Divisions ‘Love Will Tear us Apart’ can be found on this album: to dream along with at the fire place or while you travel. Ratzke is joined on this record with by his virtuoso band and with special contributions by Eric Vloeimans and Claron McFadden.  The album is available as download or on the streaming services of Spotify and Apple Music.

Larger than life, perhaps even than the sirens who are the subject of his show, Sven Ratzke, in white silk and diamonds, amply demonstrated debut the flair that’s made him a legend.

„Sooner or later Ratzke gets them all. He is one of a kind, yes he is a ‘Gesamtkunstwerk’!”
***** Hamburger Abendblatt