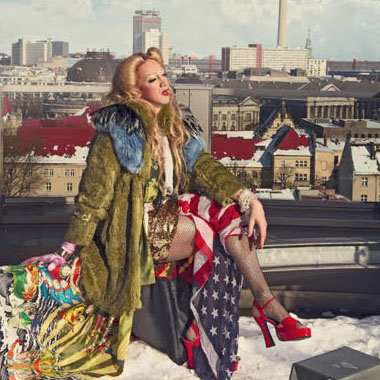 Hedwig and the Angry Inch

Ratzke is Hedwig, transsexual rock goddess,  in the cult punk-rock musical play Hedwig and the Angry Inch. From 2013 till 2015 the show played on and off in Berlin. Ratzke got rave reviews for his portrayal of this colourful character. Creator and original Hedwig John Cameron Mitchell even praised Ratzke as “the best Hedwig I’ve ever seen”.

The show premiered in June 2013 in Berlin at the Admiralspalast. It toured Berlin, Hamburg, Utrecht, Vienna and Amsterdam. Since September 2020 Hedwig is back at the Renaissance Theater in Berlin, where the show plays monthly.